According to Defense Department accounting, more than 50,000 Americans have been wounded in combat, in Iraq or Afghanistan, since 2001.

According to data from National Law Enforcement Officers Memorial Fund, on average, there are 58,930 assaults against law enforcement each year, resulting in 15,404 injuries.

Our Board of Directors 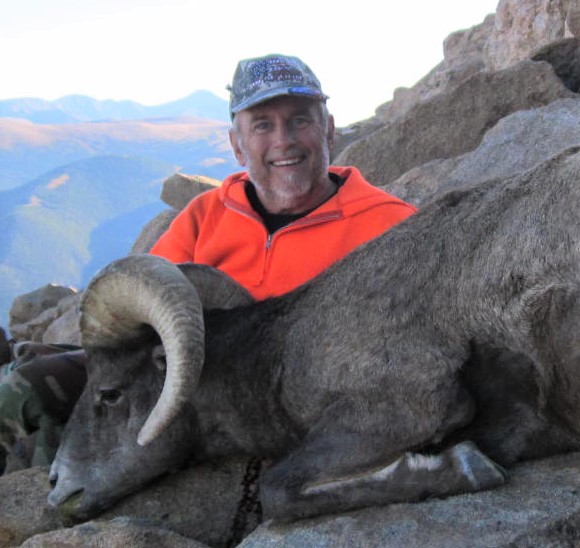 Dave Proffit
President & Founder
Outdoor enthusiast, enjoys hunting, fishing, hiking, skiing, etc. Spent one year in Iraq as a contractor, working with the troops everyday. Part of the job in the APO (Army Post Office) was inspecting outgoing mail, searching for guns, bullets and hand sanitizer. In Iraq, Dave met many young men and even young women, who were mailing home Purple Heart Medals they had received after being injured in combat. Now, American Heroes In Action honors these brave men and women. 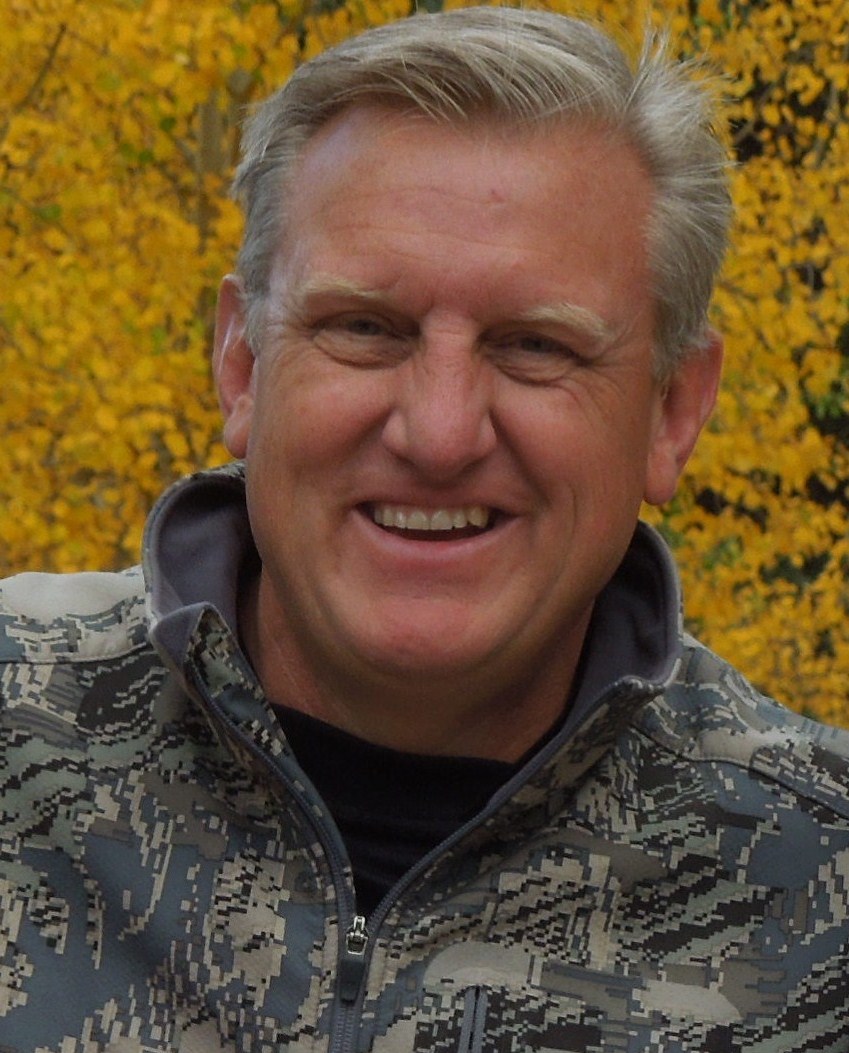 His athletic career included being awarded a full scholarship to play football at UNO and was honored as a Maverick Team Captain in 1981. Brian also won seven consecutive Nebraska state powerlifting titles, including breaking 28 state records in the process.

Brian served on the Board of Directors for the Rocky Mountain Region of ASPRS for 8 years (’99-2007), including serving as President in 2004. He also served on the GISCO (GIS Colorado) Board of Directors. From 2004-1010, Soliday served as the Colorado Volunteer Chair for the Rocky Mountain Elk Foundation. He continues to serve as an RMEF volunteer, MC’ing a number of RMEF events along the Front Range. He is also very active in leading youth and Purple Heart recipient hunting activities in Colorado, with almost 50 successful 1st time youth and Purple Heart hunts under his belt. 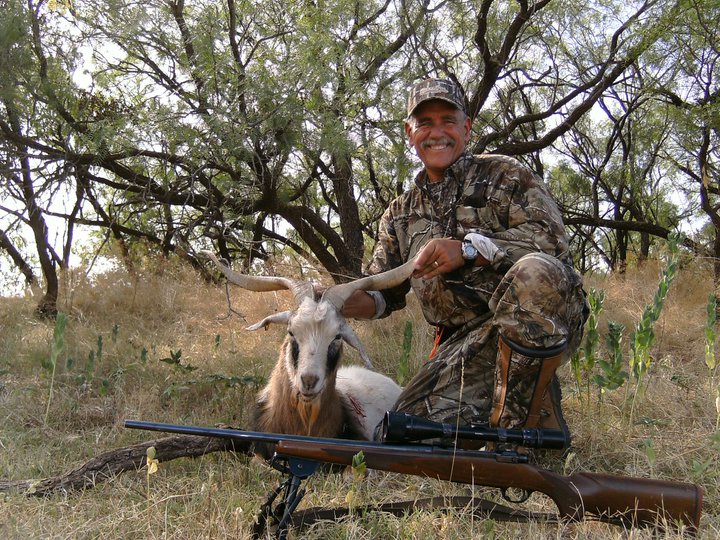 Dave Matus is currently a Lieutenant/Fire Fighter with the Arvada Fire Department, Arvada, Colorado. Dave started as a volunteer and has been a Fire Fighter now for 24 years. According to Dave, “I have about 18 months until retirement, unless I decide to continue because I feel so young”. In 2018 Dave had the honor of being awarded “Fire Fighter of the Year” for the Arvada Fire Department. After seeing Arvada residents struggle to find much needed equipment when they are sick or injured, Dave created and started “Dave’s Locker”, a non-profit loan closet for Arvada residents to borrow medial equipment, at no charge, on a short-term basis.
Read more

Prior to becoming a Fire Fighter, and after attending college at Adams State College in Alamosa, Colorado, Dave taught school for 5 years in Rocky Ford, Colorado. Dave taught children with Learning Disabilities. He also coached Football, Girls Basketball, and Boys and Girls Track.
After teaching, Dave entered the Retail Marketing field, working in Building Materials, Lumber, and then Computers, for 18 years. He worked with Home Base and CompUSA, for a majority his Retail Marketing career.
One steady component to Dave’s life, he has been happily married to his wife Stacey for 34 years. Dave and Stacey have two children, Santana and Tyler, and two grandsons, Brayden, and Jaxson.
Another steady component in Dave’s life is his love of the outdoors. “I come from a hunting family, live with a hunting family, and the grandsons are starting their hunting careers with a recent Dove hunt. We all love the outdoors with hunting, fishing, and camping. My wife and I love to go to Hawaii and make an annual trip to Maui and the Islands. We love the sun and the surf”. 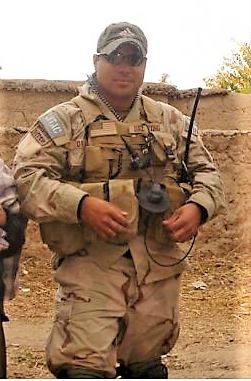 Senior Master Sergeant Israel Del Toro Jr is the Superintendent for the Accelerated Freefall Training Program at the 98th Flying Training Squadron, US Air Force Academy, Colorado. He leads a specially selected 3-man instructor cadre responsible for the development and training of the next generation of Wings of Blue. SMSgt Del Toro plans, organizes, and ensures the training readiness of over 900 candidates each year. 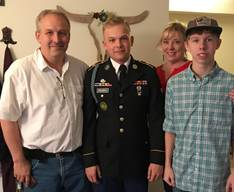 Floyd “Doc” Holiday is an outdoor enthusiast who enjoys hunting, fishing, and camping. He has been working with the Rocky Mountain Elk Foundation (RMEF) as a volunteer for the last 25 years. Doc has served the RMEF in various capacities, including; Colorado State leadership team, Greeley Chapter Chair, and as an active leader in the RMEF volunteer community. He has worked on development and implementation of work projects all over the eastern half of the state.

Read more
Doc serves as Quality Manager for Metal Container Corporation (an Anheuser-Busch company) and has been in various rolls in both the brewery’s and vertical operations over the last 21 years. Doc has been married for 29 years to his wife Sherri. They have two boys; one who is serving our country now with the US Army, the other as a junior in high school. As an outdoor enthusiast, Doc has spent a lot of time over the last 12 years hunting, and has been instrumental in helping organize 1st time youth hunts, as well as Purple Heart / Medal of Honor hunts.Content goes here[/learn_more] Floyd “Doc” Holiday is an outdoor enthusiast who enjoys hunting, fishing, and camping. Doc has been working with the Rocky Mountain Elk Foundation (RMEF) as a volunteer for the last 25 years. He has served the RMEF in various capacities, including; Colorado State leadership team, Greeley Chapter Chair, and as an active leader in the RMEF volunteer community. Doc has worked on development and implementation of work projects all over the eastern half of the state.